I USED to be Hot, Damnit!

My husband is really good looking.  He's got this very potent Apache Indian/Mexican/tiny bit European thing happening and apparently, he got all the best traits of each.

When we first got together, a million years and three children ago, we were fairly compatible on the looks scale.  Because we lived in L.A. at the time, neither one of us was up for any modeling jobs (see my explanation of L.A. hotness math right here), but we were doing okay, even though I felt kind of chunky at the time. 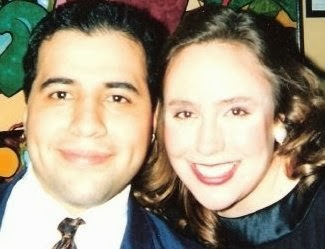 ***note***
Chunky is a relative term.  At this point, I would probably, willingly give up an appendage to be 1993 chunky.  My DH would not need to do this since he is the exact same weight he was in 1993.  So, so unfair. 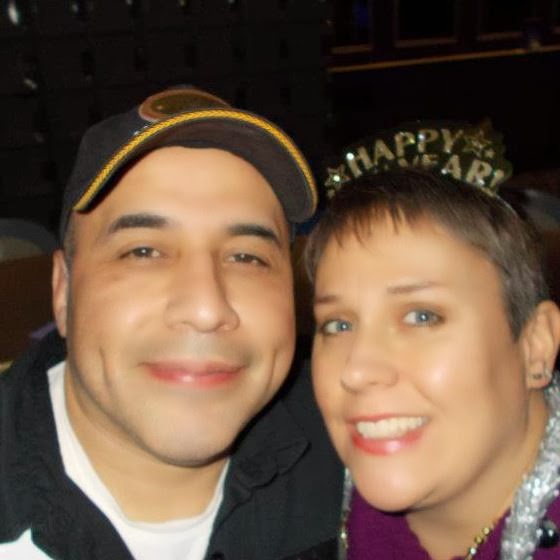 Okay, well, he's doing a kind of squinty thing in this, more recent picture, but otherwise, he looks basically the same.

I, on the other hand, am not feeling quite so adorable.  Twice in the last two weeks, I have seen young women check my husband out, look at me, then back at him.  I know what they are thinking.  They are doing the math and according to their version of hotness math, we don't add up. I've seen plenty of younger girls check my husband out over the years, but it's only recently that I have noticed this phenomenon.

It makes me happy that he still turns heads.

It makes me wish that I still did.

It makes me feel pretty terrible about myself.

It's typical in these instances that I want to pull out an old picture of myself and scream "I USED TO BE HOT!!!" at the offenders. 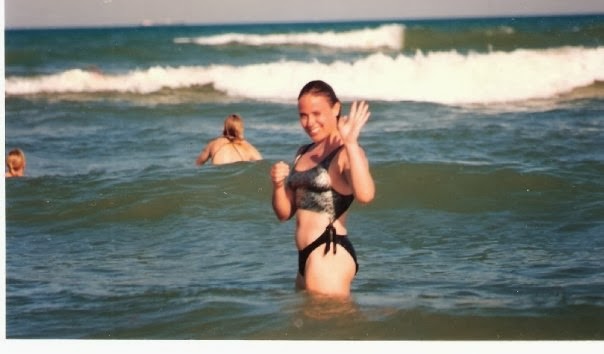 But, I don't and they wouldn't care, anyway.  They would just shake their young, pH balanced hair in pity at the crazy, chunky, middle aged mom and her obviously vision impaired mate.

They don't get us.

They don't realize what we have have been through or what drew us together or what still keeps us going.  They don't wonder what makes him ageless (is it his genes or is he a vampire?), they just see that he looks good.

It is disconcerting when these looks occur after I have actually given thought to my appearance.  It hurts my feelings to have chosen an outfit specifically because it made me feel pretty good, only to have someone look me over and wonder what I was thinking.

And it probably shouldn't matter to me.  After all, I HAVE the hot guy and unless I am terribly mistaken, he isn't going anywhere.  Those young things barely register to him and if he even notices, it's for a second.  He has never made me feel less than beautiful and young and desirable.

It's not these young girls that are the problem.  It's the fact that I care at all.

The treadmill is calling my name.