It has been too long since I have written a post.  I have been consumed by a bunch of crap, not the least of which is getting my middle son placed at his home high school.

Here is how it is going so far, in a nutshell:


Before this meeting I was pretty sure that the "team" besides me and my husband were not going to be keen on Charles attending his home school, but I maintained the optimism that comes from knowing that you are right and they are wrong.

This was so, so stupid of me.

Here is the letter I handed out to the group before the meeting:

This is my son, Charles.  We are here to find the best possible placement for him.  Before we do that, however, I want to remind you that he is not just a set of strengths and weaknesses.  He is a teenager, a much-loved son and brother, a good friend and a bundle of wit and sarcasm.

He wants what all of us want out of life:  To love and be loved, to have friends and to be included.  That last part is tricky, because it can't really be quantified.  I am afraid that sometimes, the human being gets lost in the graphs and percentiles.  I am afraid that for some, my Charles is a challenge at best and a problem at worst.

Numbers are not my son's best friend, whether they are problems on a math worksheet, IQ points or figures on a percentile chart.  I realize that teaching involves testing and reporting, but I urge you all to look beyond that towards what really makes a life:  Being accepted and included.

Inclusion is not a pie in the sky fantasy, it is the only way to ensure that my child's life is seen as having as much value as those of his typical peers.  If you think I am exaggerating, consider what happens when people are segregated from society.

Times have changed for people with Down syndrome, but until stories of prom kings and queens and team managers are more than feel good anecdotes, people like my son will not be fully participating members of society and that is what I want for my son.  My husband and I want full participation in life (not just school) for Charles and every child who comes after him.

I look forward to the day Charles walks across the stage in his cap and gown, ready to accept his certificate and to step into a world that is more accepting and inclusive than it is today, because of the work of teams like this.


Having Down syndrome is like being born normal. I am just like you and you are just like me. We are all born in different ways, that is the way I can describe it. I have a normal life.

And they loved it. They thanked me for writing it. They had real tears in their eyes. And I thought: YES! They get it! It will be fine!!!

And then, Charles read his prepared notes; just a little bit about himself.

SO GREAT THAT HE IS SPEAKING ON HIS OWN BEHALF!!!

I THOUGHT SOMEONE MIGHT PEE THEMSELVES FROM SHEER GIDDINESS!!!

No one did, but they all beamed at Charles, like they were watching a monkey play the piano or a squirrel water ski.

And I was thinking, "Really? You know people with Down syndrome have thoughts, right? They are not smiling dummies. They have independent thoughts and likes and dislikes and dreams for themselves."

I think somewhere along the line, they missed that memo. They were so busy putting kids "like these" in a little box, that they couldn't see all the stuff that made them individuals. 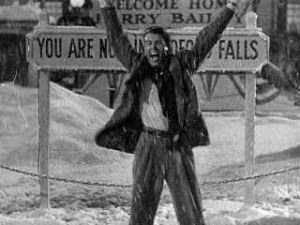 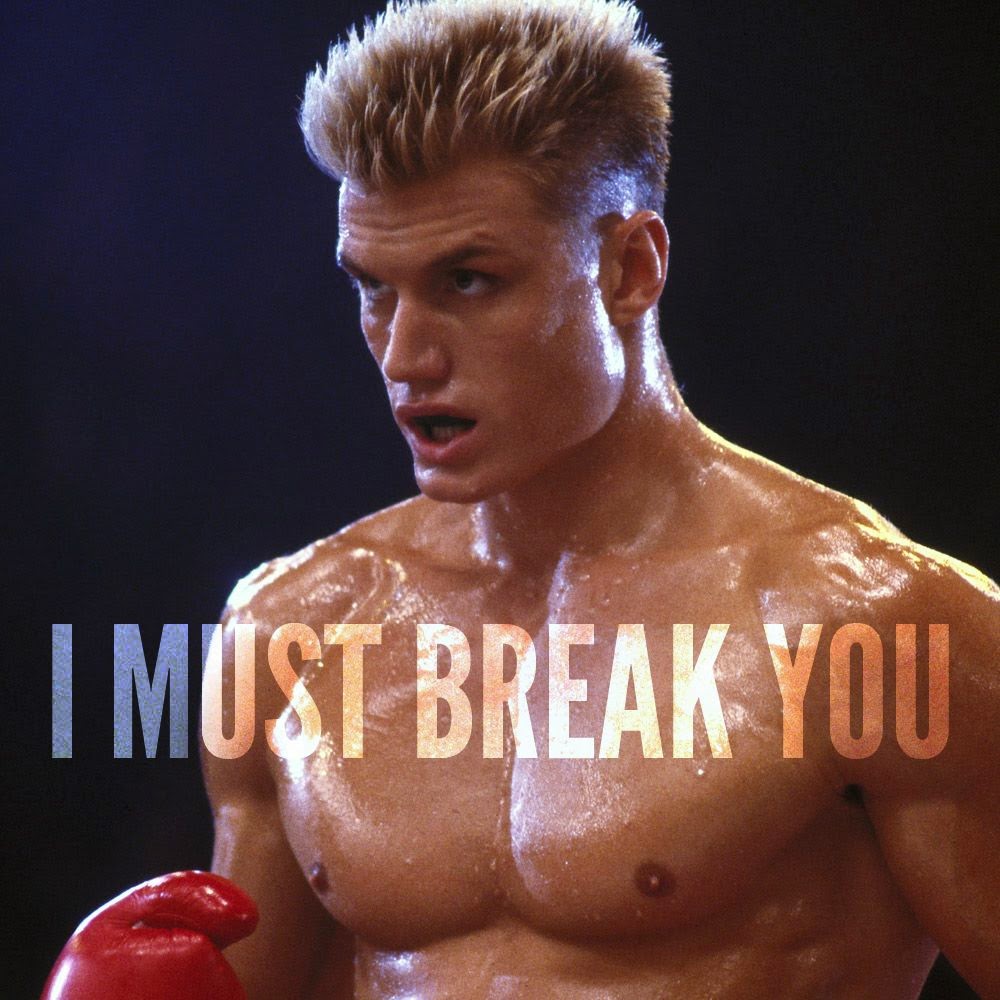 They had to break us.

They had to break us and fold us into the little Life Skills box to make their lives easier.

I want to know who coined the term Life Skills as the name of a legitimate class. I get it for kids who grow up in institutions (horrible) and might need to learn how to navigate life, but kids with families? Isn't it my job as a mom to teach my kids how to be safe and read a recipe and navigate a grocery store? Seriously, shopping at a grocery store is a big part of the curriculum, because they go there once a week.

Frankly, I find it insulting that this is the bar that has been set for my kid's high school career.

"you know, we are gonna teach him about life and stuff; mostly, about buying Wonder bread and ordering at McDonald's".

What really stood out to me in the meeting (one of the things, anyway) is that they had a hard time wrapping their brains around how they would teach Charles about mitochondria in Biology.

I am not kidding.

Um, how about don't worry about it?

How about give the basics?

How about using the model from the science they teach in the life skills class as a start? ***headdesk***

Raise your hand if you have needed to know about mitochondria (unless you are a Biology teacher) in your adult life...hmmm, I thought so.

So, we have another meeting tomorrow and knowing what I know now, I am not overly confident that it will go well. My kid is not even coming, because I don't want him to hear (however nuanced and nicely sounding they put it) that he is not wanted at his own school.

I still know that I am right and my husband is 100% on board with me. That helps. But, knowing I am right and putting my kid out there are two different things. It is absolutely in their power to make things a living hell for him. And no one outside my little band of true believers will ever know that it was them that failed my kid and not the other way around. And who knows what kind of torment my kid will have to deal with if they don't give him appropriate support?

I believe inclusion is the only way forward. It's the only way my kid will ever be seen as an equal participant in life's journey. I also know that I will not sacrifice my kid on the alter of inclusion, either. I won't make him a martyr.

If I feel that they are setting him up to fail, I will relent and put him in the "other" class, or, I might just pull him out altogether and start a homeschool co-op with some of the other parents who are dealing with this.

It really shouldn't be this hard.

Here is the letter I wrote to keep myself on track at tomorrow's meeting. Please wish us luck.

Here we are again talking about Charles’ placement.  I appreciate this team giving thought to what my husband and I have said previously.  I realize that you don’t all necessarily understand why we are pushing so hard for inclusion.  The bottom line is simple:  It is Charles’ right to be educated amongst his peers.  As I have said before, it is not inclusion if it happens “somewhere else”, no matter how inclusive that environment may be.  Inclusion, to really, really work for Charles’ future needs to happen at his home school.  I understand that it will take some creativity on the part of this team, but more importantly, it will take open minds and hearts.  We are not alone in this thinking.  I know of many other parents in this district who want and are pushing for the same, simple thing.
Yes, Charles will need supports and modifications, some of which will be major and ongoing.  He will need a modified curriculum, modified grading and supports with which to implement them.  Modified grading is not the same as “merit grading”.  Grading according to Charles’ progress on his IEP is not a ribbon for “trying”, but progress, which is all we ask for.
As far as Algebra and Science go, there are ways to make these topics accessible.  If they are teaching a version of them in the self contained class at (the other school), they can be taught to Charles; again, this would just be a modification of the curriculum and it is a modification that already exists.  The tools are already out there in the district.  They just need to be implemented here at (the home school).
These many modifications will require a strong, one on one para-professional to implement.  Having a para would serve two very important functions:  Charles will have help and support for the classroom work and he will have someone to help him navigate a large school during passing periods and during less supervised time, like in gym and during lunch.  It will also alleviate some of the stress of the “unknown” in this inclusion process.
Another benefit of having a para with Charles would be giving him the option of leaving a class and working in the library for a time, or taking a sensory break when things get overwhelming.  This will be paramount to Charles’ success.
While all of this sounds great and perfectly doable, I realize that there will be a learning curve for everyone involved.  My only real fear for Charles is the resistance to his being there.  Whether it be fear, or prejudice or outright hostility, I harbor no illusions that this transition will happen without a few issues.  Once Charles leaves my care and is in the school setting, it is up to the professionals present and in the larger school to take Charles’ success seriously; not just his academics, but his social/emotional wellbeing.
Let’s make this work.  Let’s not just “try” it, with an eye on the (other) program as our fall back.  Let’s just make it work for Charles and for the next child whose only wish is to remain with his friends and brothers where he belongs.  Let’s make (the home school) a model; not just for grades and academic achievement, but for inclusion as well.

Success! They saw how passionate we were about keeping Charles a (home school mascot) and he will be one! We've worked out a collaborative program with (other school) where he will start his day there, get a few of the harder subjects in the morning, then spend the afternoon at (home high school) every day. We will push for full time as the years go on, but for now, this is the best of both worlds: more support in areas where he needs it and VISIBILITY at his home school. Whooo!